The Case For Factory-Installed Temperature Probes

Temperature monitoring is one of the most critical steps in keeping your vaccines safe. For this reason, the Centers for Disease Control and Prevention (CDC) recommends the use of digital data loggers, and not other temperature monitoring devices such as alcohol/mercury thermometers or chart recorders.

Since having data loggers factory-installed on medical refrigerators is optional for many products, many consumers opt to buy medical refrigerators without one to save on cost. To accommodate the need of monitoring temperature of vaccines, these consumers buy aftermarket data loggers with temperature probes and try to install these data loggers by themselves. However, instead of having the probe’s cable go through the back to be perfectly sealed (as is the case with factory installations), the only choice customers have is to let the cable go through the door.

The Drawbacks of User-Installed Monitoring Probes

No matter how thin the cable is, it always leaves a gap between your refrigerator’s door and the cabinet. This gap allows warm air to get inside the refrigerator, which can increase and destabilize the temperature. Over time, this can also lead to the door gasket becoming permanently deformed. 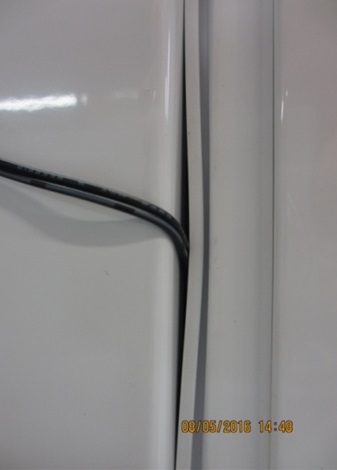 Many medical products, especially vaccines, are very sensitive to temperature changes. The CDC recommends refrigerated vaccines to be stored at temperatures between 2℃ and 8℃ (36℉ and 46℉), while vaccines stored in the freezer should maintain temperatures between -50℃ and -15℃ (-58℉ and 5℉). Allowing temperature to rise or fall outside of these ranges risks damaging the vaccines inside. Knowing this, many consumers use tape to seal the gap. However, this only reduces the amount of hot air coming into the refrigerators, but does not completely prevent it. Moreover, this requires consumers to remove the tape every time they want to open the door, which can be cumbersome to a busy staff.

In addition to the effect on the temperature, the air gap also makes the compressor of the refrigerator work harder in order to compensate for the heat loss. As a result, it increases energy consumption and fatigues the compressor.

Based on this discussion, a factory-installed probe, in theory, offers better long-term results than a probe manually inserted by a consumer. In order to determine whether this is true, FSI’s AccuCold staff conducted an experiment designed to demonstrate the difference between using factory-installed and manually-installed probes, both visually and in their impact on the refrigerators.

For unit 1, the probe’s cable was connected to the data logger through the door. For unit 2, the factory-installed probe within the refrigerator was used, meaning the probe did not have to go through the door. This experiment was run five times to achieve consistent results.

Only two from the first and last five runs from each refrigerator were shown below as the data collected is very consistent. Under approximately the same ambient temperature, two sets of data from the same refrigerator were combined in order to show the difference between the two types of probes. 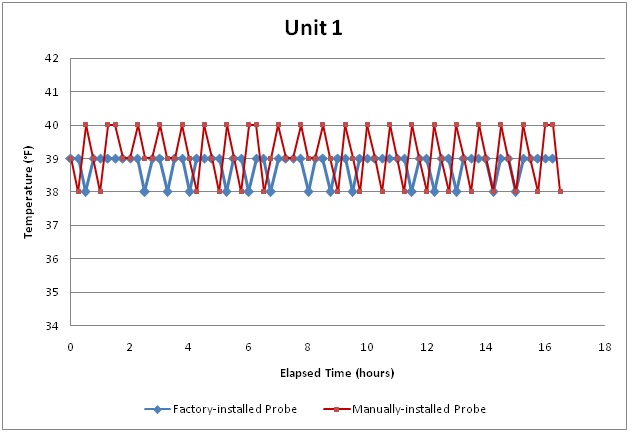 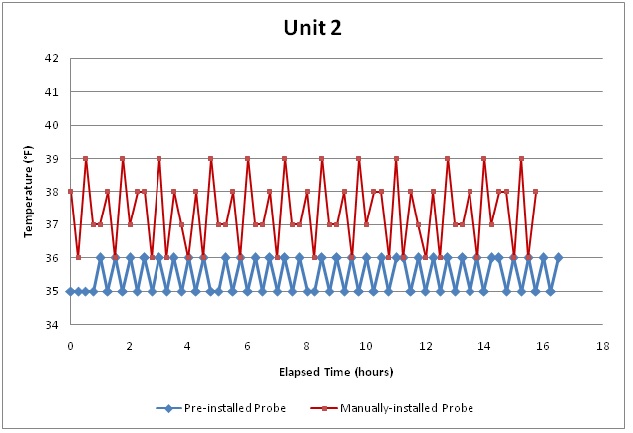