A Study Comparing the Differences Between Dorm-Style & Medical Refrigerators:

When it comes to choosing refrigerators for medical purposes, many consumers opt for standard household or "dorm-style" units rather than upgrading to equipment specifically engineered for medical applications. To the uneducated eye, it is indeed very difficult to see any significant difference between these types of refrigerators. Although the most fundamental and obvious function of a refrigerator is to keep its contents cool, not every refrigerator can be used to store sensitive materials such as vaccines or biological samples. With this in mind, an experiment was conducted in our Accucold laboratory to prove that dormitory-style refrigerators should not be used for medical or scientific storage. This article offers a comprehensive reading about the effects of inefficient refrigeration and a short report on the experience.

Do We Really Need Specific Refrigerators For Vaccines?

In 2007, the CDC estimated that hundreds of thousands of doses of vaccines are thrown out each year due to improper refrigeration at clinics, hospitals, and doctors’ offices. Many sources have demonstrated that minor variances in temperature could effectively reduce or ruin the potency of vaccines, risking up to thousands of dollars in valuable contents. In addition, according to the director of Immunization Services at the CDC in Atlanta, it is estimated that $20 million is wasted annually from poor refrigeration and up to 35% of vaccines are affected by improper storage.

In order to avoid this, we need to have appropriate storage for vaccines where accurate and uniform temperature in a refrigerator is an integral factor in ensuring the viability of vaccines.

In the Vaccine Storage & Handling Toolkit, the CDC strongly recommends against the use of dormitory-style or bar-style combined refrigerator/freezers for vaccine storage under any circumstances. As discussed in another article on this website, dormitory-style and bar-style refrigerators are not designed with an eye towards temperature stability. In studies conducted by the CDC, dormitory-style units experienced as high as 5℃ temperature fluctuations from the midpoints. This is because dorm-style combination refrigerator-freezer units have only one exterior door and an evaporator coil located in a freezer compartment where cold air is vented down into main compartment, causing unstable and inconsistent refrigerator temperatures.

In addition, dorm-style refrigerators in general do not have a temperature probe connected to a digital data logger. Because of this, many consumers opt to buy after-market products and install them on their own, typically by running the wire used for the temperature probe through the front door. Without proper sealing, warm air from outside the refrigerator flows in, further decreasing temperature stability. Furthermore, most probes purchased after-market are basic probes designed to just sit inside the refrigerator. Medical refrigerators, on the other hand, utilize glycol-filled bottles for their temperature probes to better reflect the actual temperature of the contents stored inside the unit, and not the actual unit itself. For further reading about the importance of glycol-encased probes, click here.

Another issue with using household refrigerators for medical purposes is that the very nature of a standard fridge may encourage staff to use it for personal storage. Medical refrigerators, in contrast, naturally dissuade that kind of use because their external appearance can intimidate employees from using them to keep their lunch fresh. Most medical refrigerators include locks that can be used to restrict access, but even stickers or decals that clearly categorize the equipment for its intended use can help to prevent mixed storage. Communal refrigerators can experience constant door openings, meaning more temperature fluctuation throughout the day. Since these units are rarely designed with strong temperature recovery in mind, this can do a lot of harm to sensitive materials stored inside.

How Is a Medical Refrigerator Better?

Medical refrigerators are designed to have a very tight temperature range. At least one powerful fan is used to help circulate air inside and promote uniform temperature. Unlike most residential refrigerators, most medical units include wire shelves or perforated steel shelves to ensure better ventilation and air circulation than solid glass shelves. Other design elements, such as flat door liners or cold wall interiors, can also ensure medical refrigerators maintain a more stable temperature than household units designed with consumer convenience in mind.

The purpose of this experiment is to show that medical refrigerators have a more uniform temperature profile than refrigerators manufactured for residential use. In this experiment, two units of a similar footprint were chosen to be tested: a SUMMIT CM406W and an Accucold FF511LBIVAC. SUMMIT CM406W is a compact, dormitory-style refrigerator with both freezer and fridge compartments while Accucold FF511LBIVAC is a medical grade all-refrigerator designed to store sensitive medical and pharmaceutical materials. 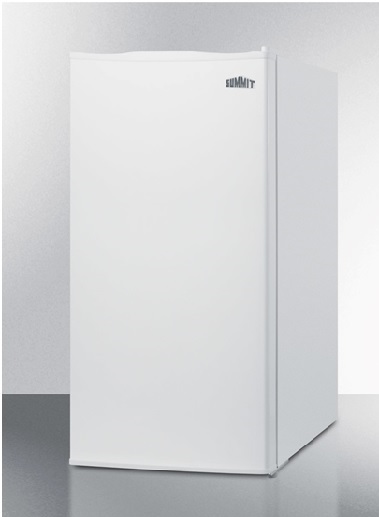 Because this experiment involves medical products, glycol-encased probes were used to accurately reflect the temperature of medical materials inside the refrigerators. The probes were connected to digital data loggers on top (Figure 2).

For Accucold FF511LBIVAC, only four probes were needed as it does not have the freezer compartment (Figure 4). Two gel packs were also loaded for this unit.

Due to a large number of probes being used for testing, the doors were carefully sealed to mitigate the effects of ambient temperature. 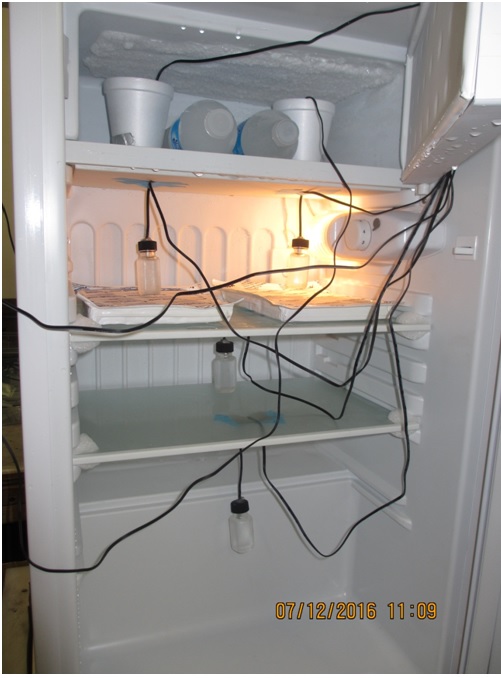 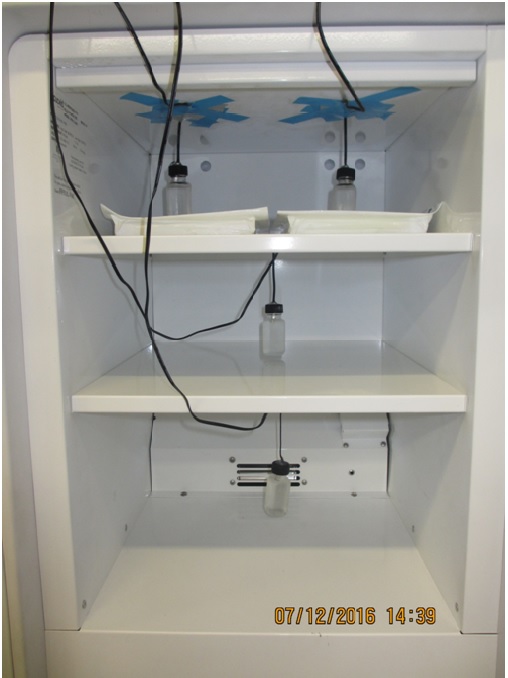 The data collected is summarized in the charts below together with temperature graphs. Average, maximum, and minimum temperatures were calculated together with the standard deviation for each set of temperatures. Although the experiment had 10 runs, only one was chosen to be shown below as all the results are very consistent.

a) Freezer Compartment of SUMMIT CM406W: 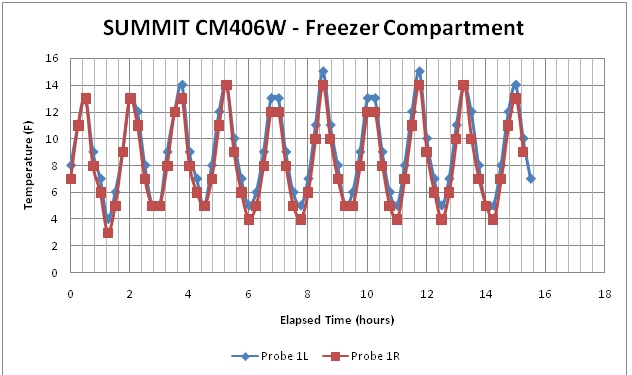 First, let’s look at the freezer compartment of the dorm-style refrigerator. The maximum and minimum temperatures recorded from probes in the freezer compartment were 15℉ & 4℉ and 14℉ & 3℉, both resulting in a wide temperature range of 11℉. In addition, the standard deviations from the two probes are also relatively high (3.126 & 3.163) which indicates high fluctuation of temperatures. This can be confirmed by looking at the graph. The red and blue lines representing temperature measurements of the two probes rise and fall over a very wide range 10 times throughout the 16-hour run.

Listed below are the data charts and the graphs for both refrigerators: 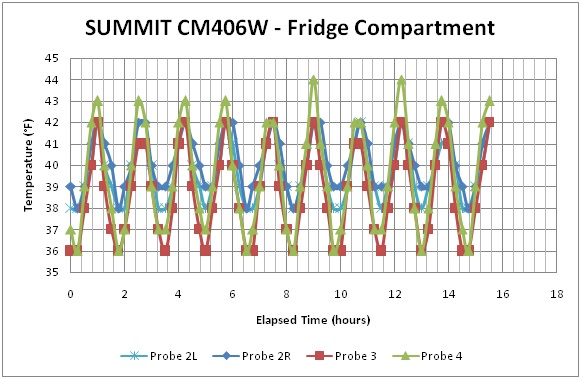 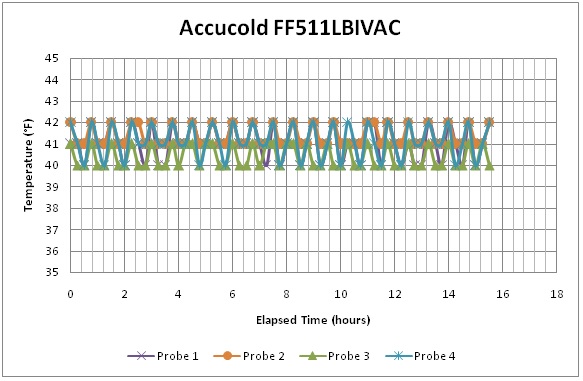 Although the variation in temperature of the dorm-style refrigerator is acceptable for basic home storage purposes, it is not suitable for maintaining the conditions needed for more sensitive medical materials, such as vaccines. Especially with the freezer compartment, these units have been shown to pose a significant risk of freezing vaccines, even when used for temporary storage.

Dorm-style refrigerators are generally less expensive than medical refrigerators. However, the expenses that would accrue in disposing of and replacing vaccines are enormously higher, not to mention the risk you take of administering damaged vaccines to your patients. Recommended by the CDC and proved experimentally by Felix Storch, Inc., a dedicated refrigerator specifically designed for medical storage is the only viable option for maintaining the safety and potency of vaccines. 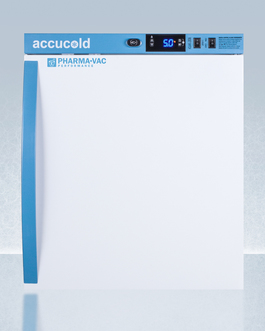 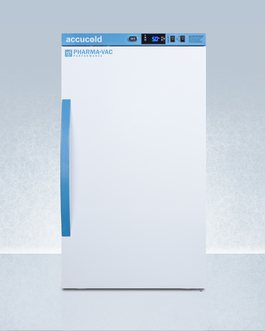 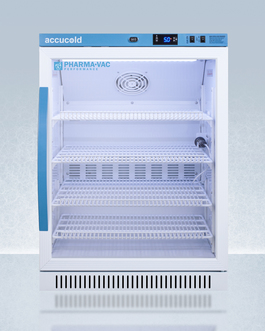 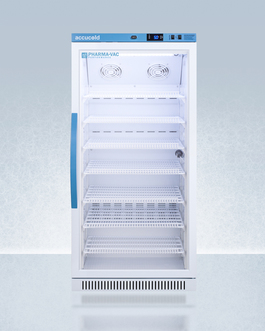 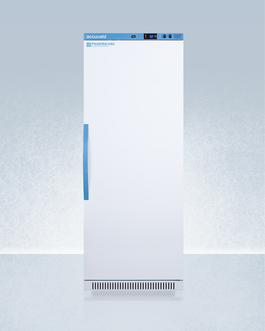 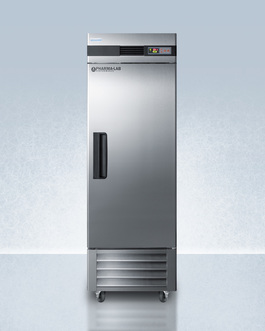 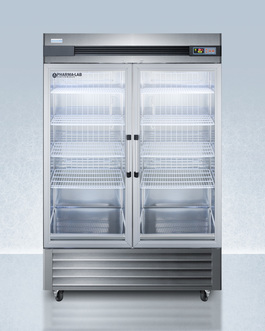 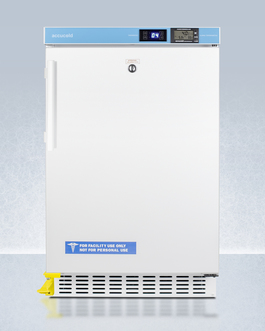 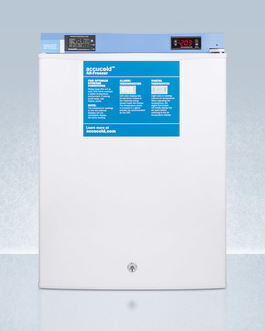 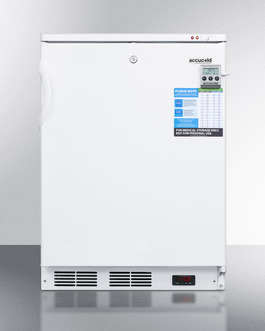